Services:
Custom metal parts based on your drawings or samples 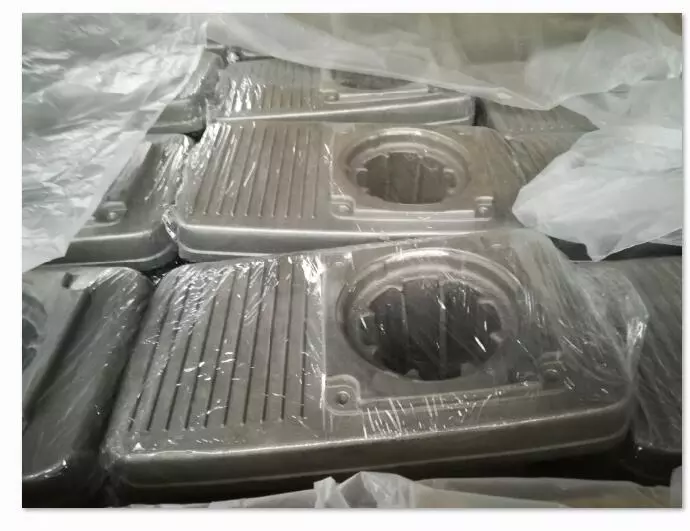 Die casting is a precision casting method that uses high pressure to force molten metal into a metal mold with complex shapes. In
1964, the Japan Die Casting Association defined die casting as "a casting method that presses molten alloy into a precision mold
at a high temperature, and mass-produces high precision and excellent casting surface in a short time." The United States calls
die casting as Die Casting, while the United Kingdom calls die casting as Pressure Die Casting, and the Japanese term that is most
familiar to the general industry in China is called die casting. Castings manufactured by die casting are called die castings. Die
casting is a metal casting process, which is characterized by applying high pressure to the molten metal using the cavity of the
mold. Molds are usually made of higher-strength alloys. This process is somewhat similar to injection molding. Most die castings
are iron-free, such as zinc, copper, aluminum, magnesium, lead, tin, and lead-tin alloys and their alloys. Depending on the type
of die casting, a cold chamber die casting machine or a hot chamber die casting machine is required. The cost of casting equipment
and molds is high, so the die casting process is generally only used for mass production of a large number of products.
Manufacturing die-cast parts is relatively easy, which generally only requires four main steps, and the individual cost increment
is very low. Die casting is particularly suitable for manufacturing a large number of small and medium-sized castings, so die
casting is the most widely used one among various casting processes. Compared with other casting technologies, the die-casting
surface is flatter and has higher dimensional consistency. Based on the traditional die-casting process, several improved
processes were born, including a non-porous die-casting process that reduces casting defects and eliminates pores. It is mainly
used for processing zinc, which can reduce waste and increase the yield of direct injection process. There are also new
die-casting processes such as the precision die-casting technology and semi-solid die-casting invented by General Dynamics.
General Products Application /Service Area:
We are custom casting aluminum parts based on your drawing or sample. aluminum parts for vehicle, agriculture machine,
construction machine, transportation equipment, Valve and Pump system. E.g. Engine bracket, truck chassis bracket, gear box , gear
housing , gear cover, shaft, spline shaft , pulley, flange, connection pipe, pipe, hydraulic valve, valve housing ,Fitting ,
flange, wheel, flywheel, oil pump housing, starter housing, coolant pump housing, transmission shaft , transmission gear,
sprocket, chains etc.

We specialize in Metal Parts Solution for Vehicle, Agriculture machine, Construction Machine, transportation equipment, Valve and Pump system etc.
With keeping manufacturing process design, quality planning, key manufacturing processes and final quality control in house we are mastering key competence to supply quality mechanical parts and assembly to our customers for both Chinese and Export Market .
To satisfy different mechanical and functional requirements from our customers we are making a big range of metal products for our clients on base of different blanks solutions and technologies. These blanks solutions and technologies include processes of Aluminum Casting.
During the early involvement of the customer's design process we are giving professional input to our customers in terms of process feasibility, cost reduction and function approach. You are welcome to contact us for technical enquiry and business cooperation.

Thanks you for your time to view detaield our company information. If you have any questions please feel free to contact us Now!
Technique Process

Matech have 3 kinds of die casting machine. 220 Ton, 400 Ton, 800 Ton. Depending on the different sizes of the products and volume,the right machine and cavities per tooling will be selected for manufacture.

Matech custom surface treatment based on your requirements

Matech attend the GIFA 2019 in Germany

Matech attend the GIFA 2019 in Germany

Excellent customer service and pricing, very happy with the product and quality. MATECH is very good to deal with will continue to do business.

Customer's comments
I am very happy that MATECH give me a very good service. Nice commumication and updating the process frequently.

Customer's comments
One of the best services.From the beginning of product design, the factory has been providing the best quality service, has been patient to answer our questions.

Inner Packaging
Strong & waterproof plastic big is packed inside, to keep the product in safe condition.Or as customer requests.

Not exactly what you want? 1 request, multiple quotations Get Quotations Now >>